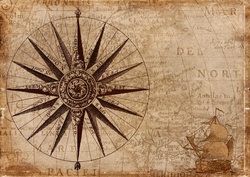 One myth surrounding the history of 401(k)'s is that Congress enacted a 401(k) law when it modified ERISA in 1978. Rather, a section of code was added in 1978, which was overlooked for about two years. In 1980, a creative interpretation by an astute consultant named Ted Benna of this part of the code gave birth to first 401(k) savings plan.

Mr. Benna is a retirement benefit consultant who had been working for the Pennsylvania-based Johnson Cos. (not Johnson and Johnson, as several sites claim) when he devised the plan for a client who declined to use it out of fear that the government would repeal the plan (since it's inception, the US government has twice tried to repeal the provision without consequence).

Following his client's rejection of the plan, Mr. Benna persuaded his own company to use it in 1981. Today, more than 40 years later, the total collection of 401(k) plans in the US are estimated hold around $7.3 trillion dollars in assets.

It's key to speak the language of 401(k)'s correctly. Here's a free, concise glossary of terms produced by the nice people at FINRA.

Clients come to us for 401(k) plans and all kinds of plans. To review your 401(k) plan with an advisor, contact us today.